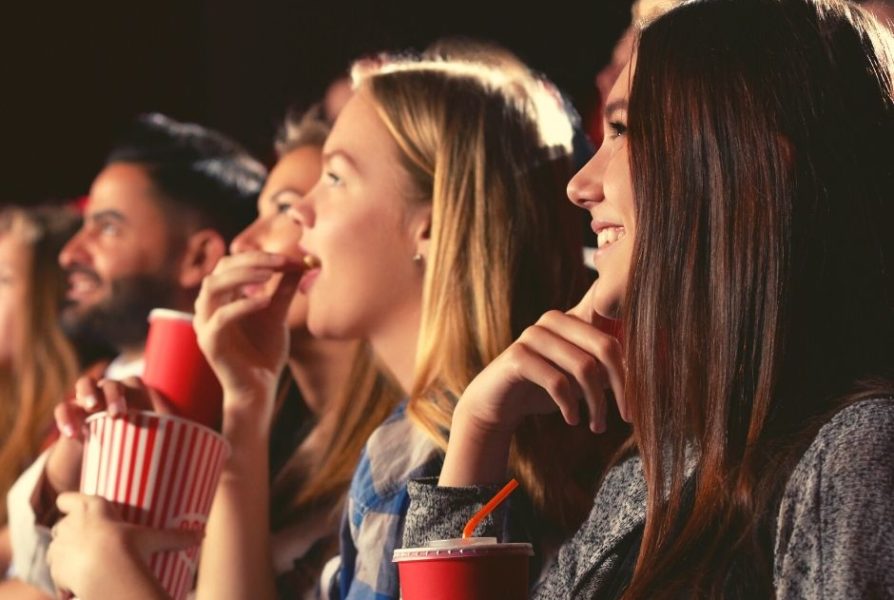 We love positive news and positive psychology at The Health Dispensary so an article we came across about the research of feel-good movies really tickled our fancy! Movies frequently referred to as feel-good include comedies, animated films and, of course, romantic comedies. They may not often lend themselves to scientific study but that’s exactly what happened at the Max Planck Institute for Empirical Aesthetics.

An article published in the journal Projections emphasises the fact that many people watch feel-good films specifically to relax and lift their spirits. Sometimes, TV viewers just want a light-hearted, feel-good movie to cap off the day or to avoid focussing on the increasingly bad news around us. Romantic comedies are still rated as particularly feel-good even by viewers who are prone to crying easily! Consistently mentioned as typical of a feel-good movie were those, those built on a compelling love story such as “Love Actually,” “Pretty Woman,” “Amélie,” and “The Intouchables.”

In addition to an element of humor and the classic happy ending, feel-good films can be identified by certain recurring plot patterns and characters,” explains study leader and first author Keyvan Sarkhosh in a university release. “Often these involve outsiders in search of true love, who have to prove themselves and fight against adverse circumstances, and who eventually find their role in the community.

The study’s findings provide clues as to which content and characteristics films must have in order for audiences to feel particularly good while watching them. A defining trait of feel-good films is that the main plot line tends to deal with a major moment of drama. The mood of these movies is light overall, so even during those tense moments, there’s still an element of hope to the story and the viewer feels that the characters are safe. Themes of “feel-good” movies are often about overcoming adversity which is something we can all applaud and find uplifting.

However no-one wants to watch a bad film no matter how Happy or Hopeful it may be – researchers stated these movies need to be done well to have their intended effect. A bad movie is bad no matter what the sentiment is.

The researchers also found that many feel-good movies contain an element of music. “There are very different types of music, from romantic ballads to reggae, and these different styles can play a particularly important role in a feel-good film,” says Daniela Schiller, a study author and cognitive neuroscientist at the Max Planck Institute for Empirical Aesthetics. “Feel-good films are really just an emotion regulator,” she said.

Perhaps sometime soon we will be dispensing Cinema Passes for feel-good films or concert tickets rather than antidepressants! Watch this space – after the year of COVID-19 which no-one saw coming, anything can happen!